Welcome to The Pottersland School!

Having always being around children, I wanted to do something that would convert my passion for the moulding of children into adults with strong moral character and social responsibility values into a constructive outlet – that was how the idea of The Pottersland School was born.

My vision for The Pottersland School is two-fold. Firstly, I wanted to establish a unique school for discerning parents who are interested in the character development of their children as well as their academic excellence. It is my belief that the true value of education is not in its cost but its outcomes; for education without character is a waste.

I want our children to have a sense of purpose in life and grow up to be confident and responsible adults who will provide solutions for future generations’ problems.

Secondly, childhood is a magical time of discovery and learning that lays the foundation for a lifetime of learning and success. Secondly, I wanted a place which would inspire curiosity and innovation in children- a space where children could let their imaginations run wild!

In line with this vision, a lot of thought and effort has gone into making TPS a fabulous environment, where children could make new and exciting discoveries each day. TPS is a purpose-built school located in a serene environment for the benefit of families in the community. Our aim is to provide affordable and top quality care and education, with exciting facilities and unique play spaces.

To this end, we spare no expenses in recruiting and retaining highly qualified and experienced staff members, who have a strong passion for what they do. All teaching and care staff undergo regular training programs to ensure that they deliver the high quality and standards that we are proud of and known for at TPS. I can confidently state that all of our staff are experts in guiding each unique child to reach his or her maximum potential, in a loving and caring environment.

I am thrilled to play a role in providing a rock-solid foundation for our future generations. I look forward to sharing and being a part of the exciting journey ahead with all our children and their families.

I invite you to TPS to meet our warm and friendly staff members, who will undoubtedly assure you that you will be leaving your children in the most capable of hands guided by God, the Master Potter.

We hope that your child leaves TPS with happy childhood memories. 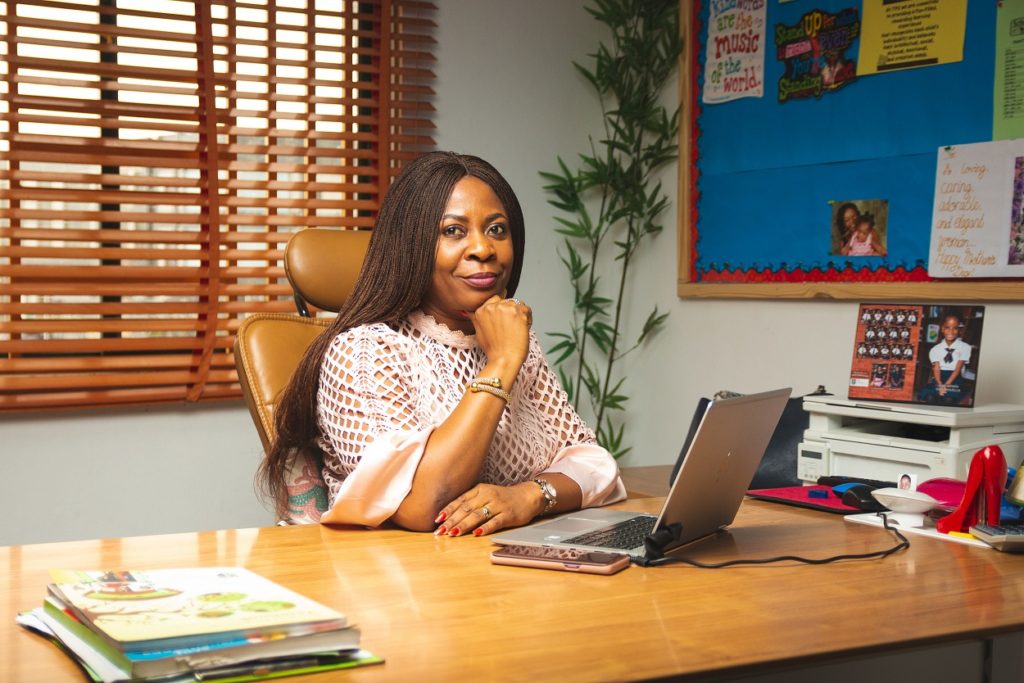 Mrs. Busola Olanubi is a 1997 Bachelor of Law degree graduate from Obafemi Awolowo University, Ile-Ife (Second Class Upper Division). She obtained a B.L. degree (Second Class Upper Division) from the Nigeria Law School, Bwari, Abuja and was called to the Nigerian Bar in 1999. She also obtained a Masters Degree in Human Resources Management in 2007 from the University of Bedfordshire, Luton, UK and is a chartered member of both the Chartered Institute of Personnel Development (CIPD) UK and the Chartered Institute of Personnel Management of Nigeria (CIPMN). She is also a Thomas® certified personality profile assessor.

Oyebusola started her career with a consulting firm, Ayotunde Fasoro & Co in 2001 and later moved to Michelin Nigeria Limited in 2003 as the pioneer Head, Industrial Relations.  She moved to Sunlink Petroleum Limited (Upstream E&P Company) in 2008 as the Head, Corporate Affairs, HR and Administration.  In 2009, she joined First Deepwater Limited where she worked as Group Head, HR and Administration from where she moved to WEMA Bank Plc as Manager in the Human Capital Manager Department. She joined Eterna PLC in 2014 as Head, Corporate Services until she resigned to focus on her passion for childhood education.

She established The Pottersland School in January 2016 to fill the gap in early childhood education that views education as a means to an end and not necessarily the end in itself.

She has attended various programmes locally and internationally in childhood education and general management over the years in preparation for the setting up of the school.

School Hours: 7.00am to 5.00pm Monday to Friday except for public holidays.